The Novel Tank Diving assay (also known as the Novel Tank Test, NTT) uses vertical distribution in a novel environment as a validated measure of 'anxiety-like' behaviours in adult zebrafish.

Conceptually similar to the rodent open-field and elevated plus maze tasks, the novel tank diving test utilises zebrafish’s instinctive behaviour to seek protection in novel environments. When first introduced to a novel tank, zebrafish will dive to the bottom and gradually increase their vertical swimming over time. This gradual increase in exploration is interpreted as a reduction in anxiety.

The novel tank diving test is quick to implement (5-10 minutes) and sensitive to various pharmacological, genetic, and environmental manipulations.

Experimental set up in the Zantiks AD

The Zantiks AD unit comes supplied with a novel tank diving kit, which includes a tank, a funnel, a tank stand, two stand locator strips, and a foam door. 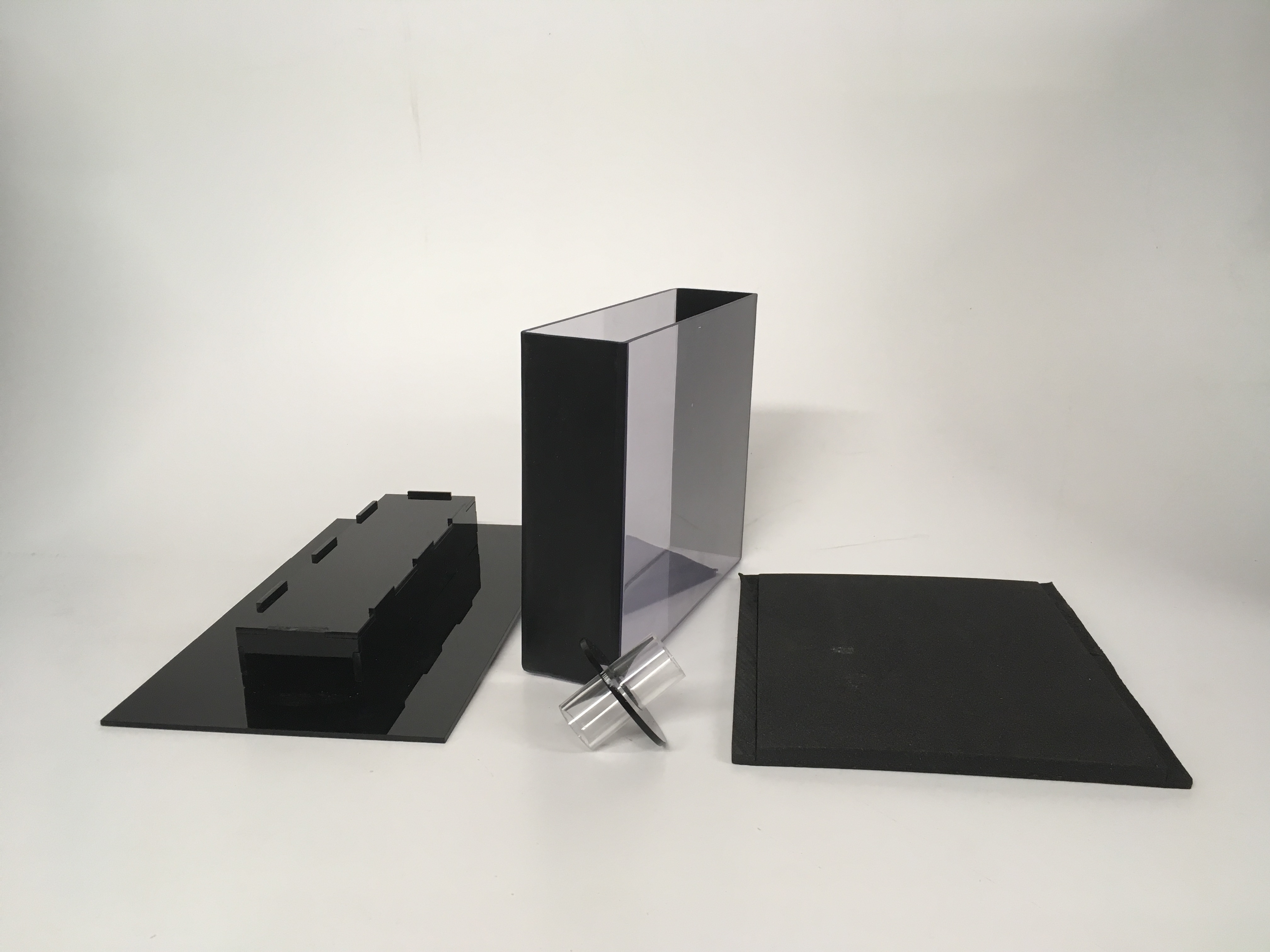 To conduct the novel tank diving assay in the Zantiks AD unit:

Experimental set up in the Zantiks LT

The optional add-on the SideView Stand can be used to conduct the Novel Tank Diving assay in the Zantiks LT. The stand can be configured to hold two T-225 cell culture flasks (max. 370 mL) or two black-sided tanks, allowing two adult zebrafish to be tracked at once. Information on how to assemble the side view stand can be found in the LT manual. 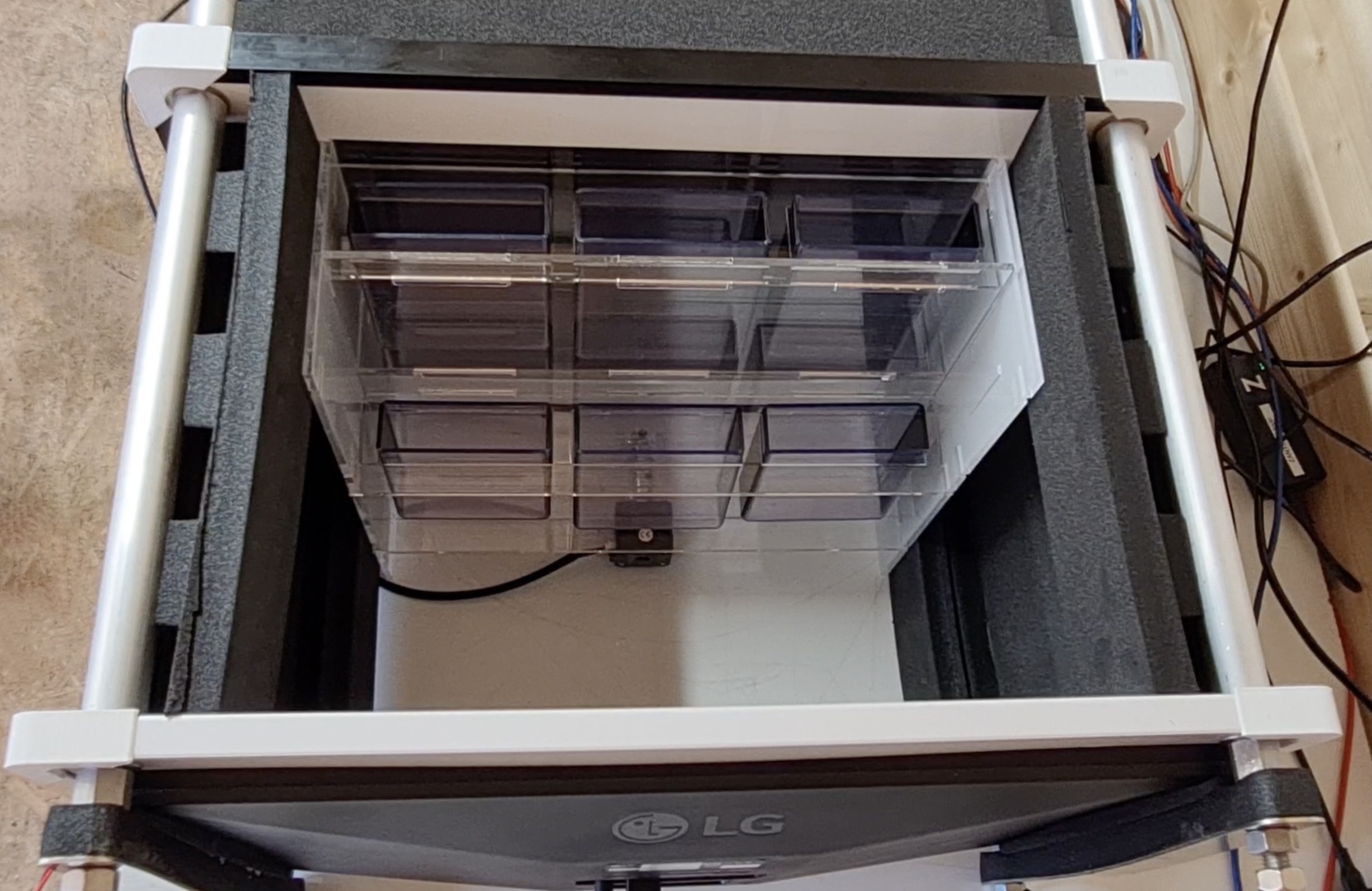 The side view stand is used with the LT system rotated onto its side. The stand can then be located within the viewing chamber of the LT.

To conduct the novel tank diving assay in the Zantiks LT unit with the SideView Stand:

See Setting up the side stand inside the Zantiks LT unit within the LT manual for more details.

Experimental set up in the Zantiks LT

Run the experiment via the console before the fish is placed in the tank. Recording will begin immediately after the fish enters the experimental arena. Introduce the fish into the tank by netting it through the funnel at the top. Each trial will last 5-10 minutes. All fish can only experienced the novel tank once.

For analysis, the tank is virtually divided into 2 (top, bottom) or 3 (top, middle, bottom) equally target zones. The relative position in the zones is taken as the index of anxiety. Time spent and distance travelled in each zone, as well as entries into the zones can all be recorded automatically by the Zantiks AD unit.

Common variables measured in a novel tank diving assay include:

There is one script for the Novel Tank Diving Task for adult zebrafish.

You will need to upload the appropriate asset into the Asset directory on your Zantiks Control Console and ensure the correct asset name is in the LOAD(ZONES,"name_of_asset") command in the script.