Avoidance learning procedures involve subjects learning that certain aversive events are predicted by specific environmental stimuli. This protocol is for assessing the associative learning and memory of zebrafish.

In the following zebrafish version of the task, fish must learn that a specified visual cue (e.g., blue light, check pattern) predicts an aversive stimulus (e.g., mild electric shock). This type of task is a robust method which assesses associative learning and memory, and it is reported to be impaired in many psychiatric disorders, such as anxiety disorders and schizophrenia and in neurodegenerative disorders, such as Alzheimer’s disease.

The visual stimuli are presented from the integrated screen below the testing tank. The stimuli can be comprised of colour, shapes, stripes, or bitmap images.

During the baseline and probe stages of the aversion learning task, the two stimuli are presented together on the integrated screen below. The use of a checked pattern vs grey colour is illustrated. 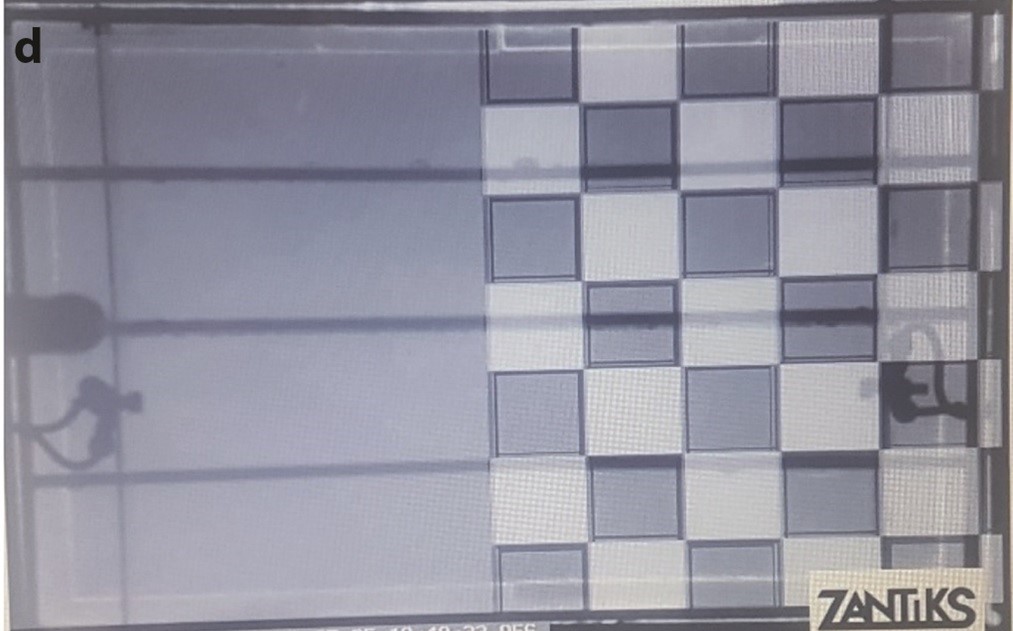 The conditioned stimulus preference scores are the main behavioural endpoint analysed in this task. Preference towards the CS is determined in the same manner for both baseline and probe calculations. The proportion of time spent in the area of the CS is calculated for the preference as: Total time in CS / (Time in CS + Time in non-CS).

Visit our Script library to download scripts to enable you to run this type of experiment on the Zantiks AD system.